What is Fair Trade?

For centuries fair trade could be defined as the legal trade of products at a fair price between two consenting parties without duress, intimidation, restriction or interference by any third party, state or government. Over the past two decades the term fair trade has been redefined with a new exclusive meaning - the trade of products that have been certified and marked by a fair trade certified inspector at a price set by that inspector. In other words price rigging and the restraint of free trade by a third party.

Fairtrade's marketing has been adopted by larger multinational companies with a much smaller commitment to fair trade and a much larger commitment to form filling administration, record keeping and restrictive trade practices. CFLO in 2009 had a budget of $10 million of which 70% was funded by its own licensing fees That are collected from the producer or farmer. In fact for every one dollar of Coffee the farmer has to pay $.10 in SLO please stop this enormous strain on the farmers helps to fund the rather lavish offices of the FLO found in Bonn Germany. 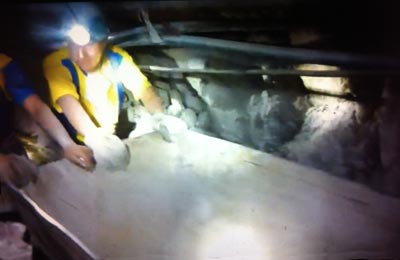 A report from the Adam Smith Institute concludes that fair trade labelling is a Marketing tool to make a shopper feel guilty about their own wealth, whilst making them feel happy that somehow by buying this fair trade product it helps farmers in poorer countries. Professor Philip Booth is editorial and programme director at the Institute of Economic Affairs and has published articles stating it is neither good nor fair for poor Producers.

There are very poor enforcement and security measures for testing whether or not goods have been properly labelled fair trade. In 2006 financial Times journalist found that 10 out of 10 mills visited had sold non-certified copy coffee to corporatists as certified. Also the financial Times was given evidence of at least one Fairtrade Association that received fairtrade certification, despite illegally growing some 20% of its coffee in protected national forestland.

Fairmined gold and silver has to exclusively come from small scale miners. Since child labour and huge amount of fatal accidents have been reported in artistsanal mines, especially goldmines, we refuse to have anything to do with them whatsoever and yet incredibly these small scale minors are the only ones which fair trade permits their certification to be given to. Moreover these small mines cause severe environmental degradation as they do not have the capital to restore the land they mined. The common use of mercury presents serious health hazards and is the cause of many deaths. lack of regulation also results in large numbers of women and children being involved in small scale mining.

Once Mined is there a Fair Refinement?

Gold or silver ore alone is useless to jewellers. It has to be refined with all its impurities removed. "refiners and manufacturers will be exempt from physical traceability requirements." In other words there is no enforceable method of checking that the gold given to a refining plant comes back the same gold. So long as purity levels meet legal requirements the refined fairtrade gold you buy could have been mined by children on the planet Mars. There is no way of knowing once gold has been melted down of ascertaining where it came from.

There are currently three mines credited by the fair trade organisation with fair mined certification. One of those mines is the sotrami mining organisation in the Atacama desert Peru, which has very little rainfall and in the absence of such water the miners resort to using Mercury and cyanide to extract the gold.

The unite for sight organisation links to an article published in the science direct by the chair of rural development and policy of the University of Hohenheim Germany, concluded that Fair trade farmers were poorer relative to conventional producers and were living below polity lines. A reason for this is the FLO's restrictions on mechanization and expanding the business. In other words the FLO is keeping the farmers, producers and miners below the poverty line preventing their escape route out of poverty.

Fairtrade is a system that coerces farmers and producers into a bad deal that ties them into unfair contracts supervised by an organisation that is predominantly looking after the interests of corporate giants. A much fairer system is the one of the free market subject only to rules of law. Such laws prevent misrepresenting and such laws prevent unlawful subsidies given to one producer whilst denying their neighbouring producer. A paper published by the Journal of Business Ethics July 2011 Ethical objections to Fairtrade by Dr.Peter Griffiths concludes that "There is no evidence that Fairtrade gives what they promise".

There are currently three mines credited by the fair trade and fair-mine certification. One of those mines is the Sotrami mining organisation in the Atacama desert, Peru, which has very little rainfall and in the absence of such water the miners resort to using Mercury and cyanide to extract the gold. A practice the mechanised and larger corporate mines banned six decades ago.